This is the documentation for ConfiForms Server/Data Center app

However, this might also work for ConfiForms cloud and in most cases it does. But please see this page to understand the differences between server and cloud versions of the ConfiForms app.

We at Vertuna LLC, live, eat and breath data entry forms, we just love to build forms to quickly collect user opinions and feedback. And we love Atlassian products, so we have built, and continue to build, the best forms app for Confluence available on Atlassian Marketplace called - ConfiForms, Data entry forms and workflows.

We will build a form to quickly gather user's feedback, something you have probably seen in the airports all over the globe 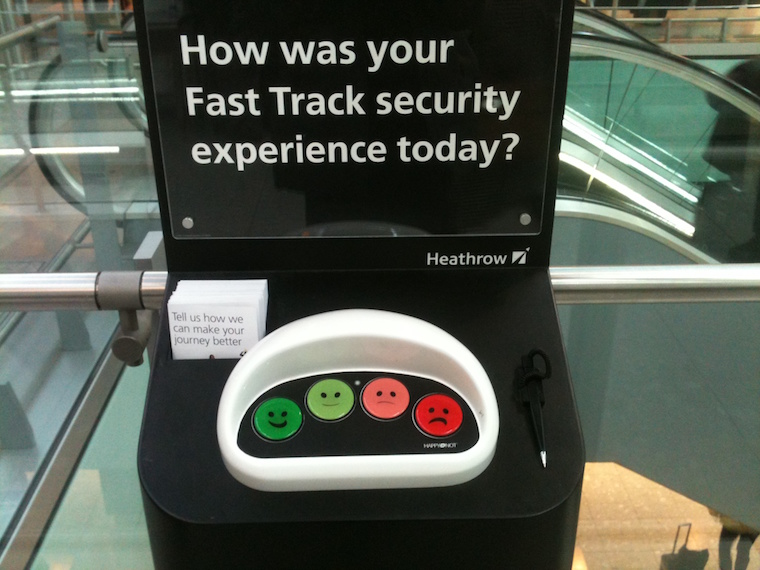 OK, in our case it will look a little bit different and will be something like this

Icons designed by from Flaticon [License]

We would like to collect the data from our users and show some simple charts and reports over the collected data later.

Let's get this going.

And the choice field configured as something like this 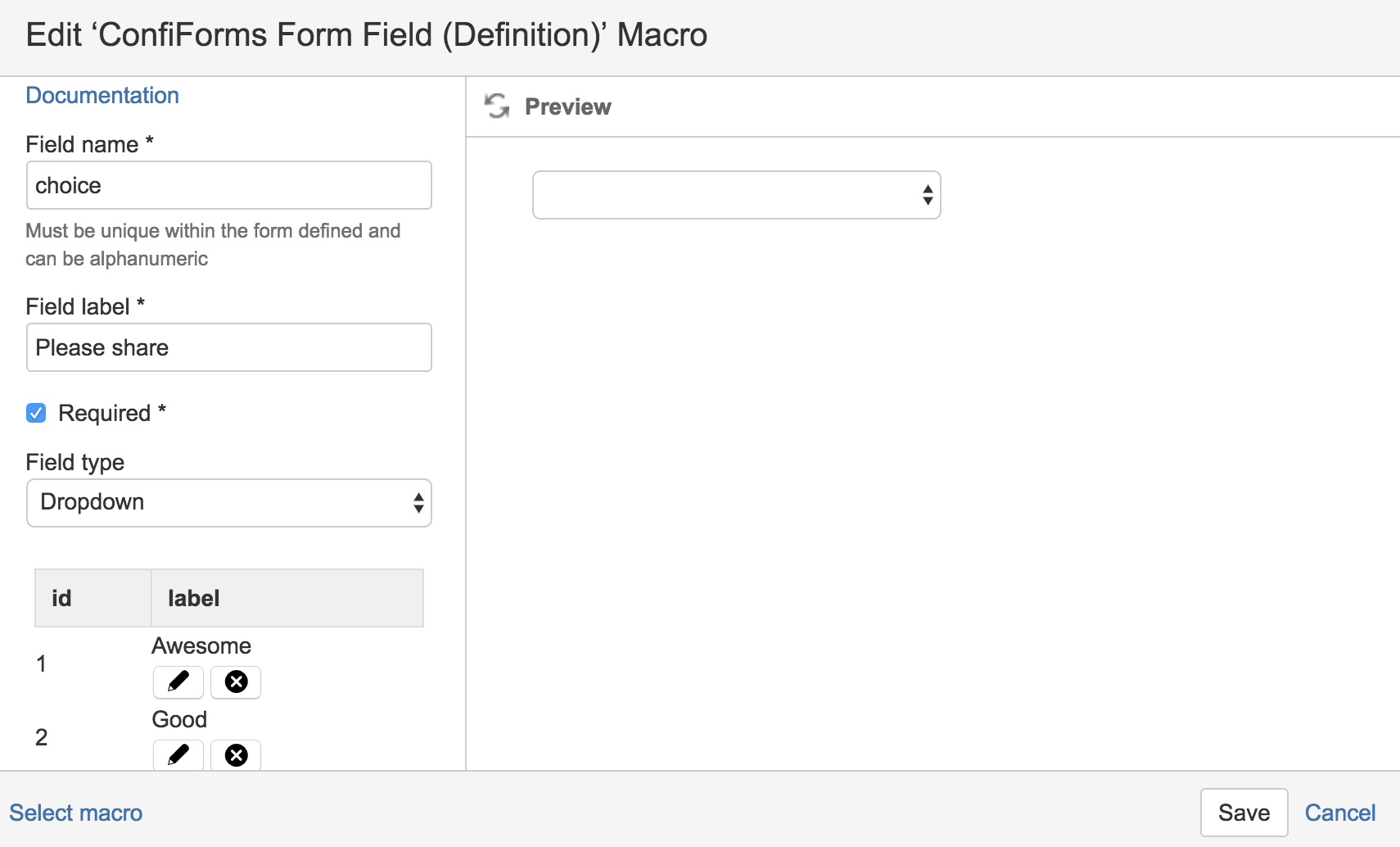 We can add a default FormView, but it is rather boring, as you can see below

We want something more sexy and user engaging. So, we will build a user macro with icons and a little bit of scripting to glue the things together.

When a form is used by an authenticated user then this information is stored in the createdBy field, as ConfiForms has some metadata fields stored with each record (even when you have defined just one field, as we did in this example)

The code, the handler invokes, looks something like this:

See more complete example on how to setup the handlers with scripting here: Custom feedback form with ConfiForms and some JavaScript

What is good about ConfiForms is that you can use and re-use the defined form on multiple pages, as well as build the "views" around the stored data where you want. Let's build the table over the stored data, we will show the metadata field created with the feedback given

This is as simple as this, thanks to ConfiForms TableView macro

Of course we can add some styling to the table, and can show other fields stored (like the mentuioned earlier createdBy metadata field) or with modifying the form definition a little bit further we can collect some system environment data, see notes on the bottom of this page.

Also, to have a good overview of the data stored we will make a simple report using Confluence built in chart macro and will group the choices made by our users and present the aggregated data as a pie chart

All in real time, rendering the chart based on the data stored, by using ConfiForms Table View Merger macro together with Confluence Chart macro 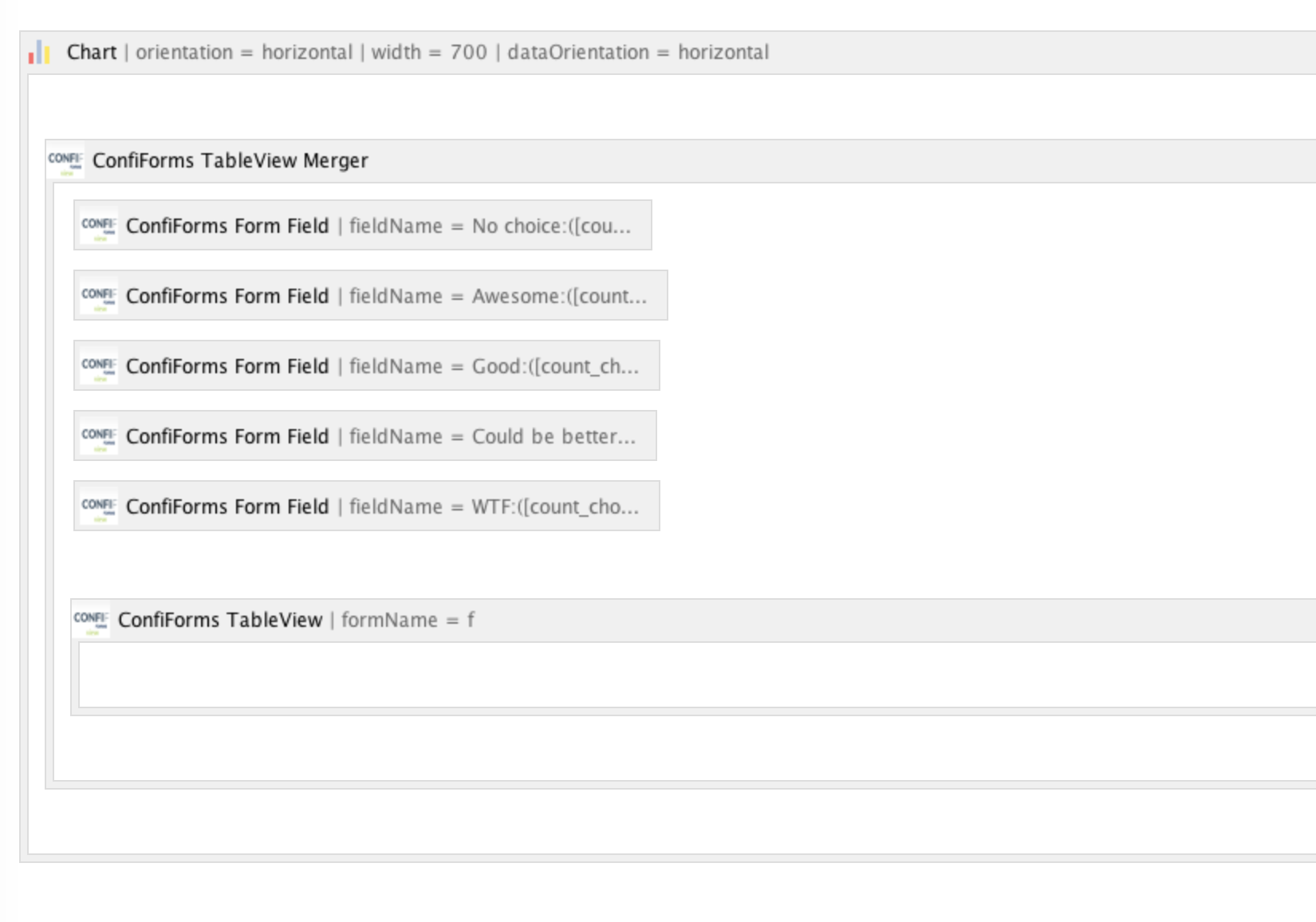 We can add some invisible to user feature that will helps us to understand more about the users and where the feedback has been actually given.

All these fields are not visible to end-users but enable better visibility over the data we collect.